What an interesting place?  The best way I can describe it is to think of Las Vegas and Orlando, FL colliding… that is the town of Wisconsin Dells, on a much smaller scale.

It is the “Water Park Capital of the World”.  How it got this title?  According to a local, here is the story (although Wikipedia tells a different version).

It all started with 2 brothers opening a water park in 1979, Noah’s Ark, with the money they made from a game they had patented and sold.  Their goal was to bring a little excitement to a poor poor town.  The park had a handful of water slides.  They set the park a distance back from the main road to preserve the appearance of the beautiful farm land when driving the main road.  The brothers sold the park many years later for $44 million. Noah’s Ark is now the biggest water park in the world.  Also, the street it is located on is jammed packed full of other gaudy water parks, amusement parks, hotels, big signs, and bright lights.  The women I spoke with didn’t seem too bothered by this entertainment boom.  She mentioned that it brought a lot of jobs to a very depressed town.  An interesting perspective.

If you ever decide to come here with kids plan to sink hundreds of dollars on “stuff”.  We managed to get away with the cost of a boat tour because we spent most of our time in state parks away from the many attractions… not to say that my kids didn’t ask for more because they did.

But originally people came to this town for it’s natural beauty, the dells.  More on the amazing Wisconsin Dells tomorrow.  I would come back here to explore more of the dells, other state parks, and the incredible natural land formations that are found in the area.

Here is a tiny glimpse of the main road: 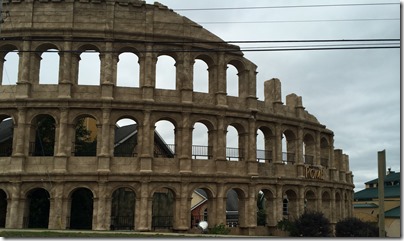 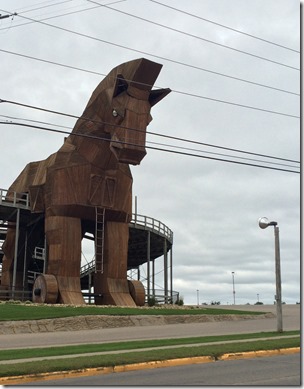 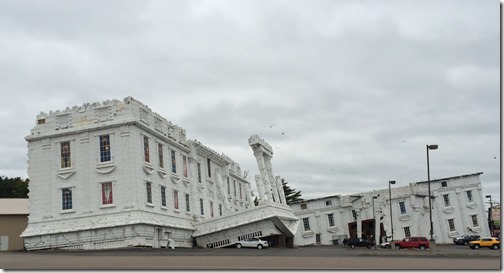