We had heard about The Corn Palace but it wasn’t on our list of things to do.  Then we realized that we were staying in the town The Corn Palace is located in and we were in search of a grocery store.  Well, we found the Corn Palace and a parade that was blocking the road to the grocery store.  Come to find out that this parade is a big deal in Mitchell, SD and that people travel far distances to see this particular parade.  What was so special about this parade?  I have no idea.

We saw the Corn Palace and it was interesting but I don’t ever need to see it again.  The building is covered with ears of corn in different colors to make a mural.  Think of a paint by number but with colored ears of corn instead. 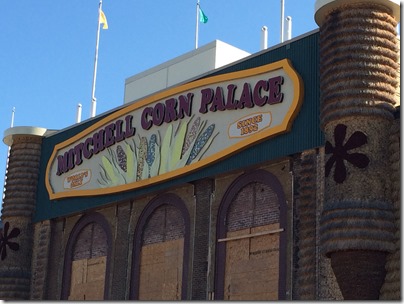 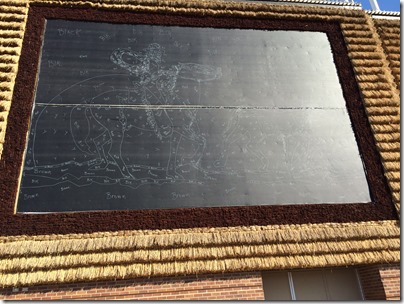 The “paint by ears of corns”.  This is what they draw before they put the corn in place.  The best picture I could get. 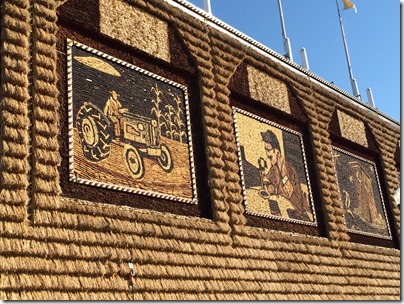 When we went inside to see what was in the building we were asked if the kids were participating in the tractor pull.  “The what?” I said.

It turns out the building is a venue for various town events.  This particular day the event was the kid tractor pull.  I didn’t know what a tractor pull was.  For those of you like me, the child peddles a tractor for as long as they can as the weight they are pulling gets heavier and heavier.  It looked like a pretty serious event with prizes and trophies. 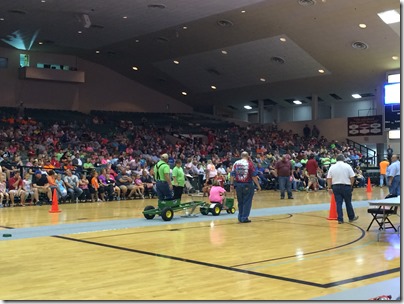 My kids don’t love parades but they do love candy so we stopped briefly to watch the parade but really is was just to score some candy. 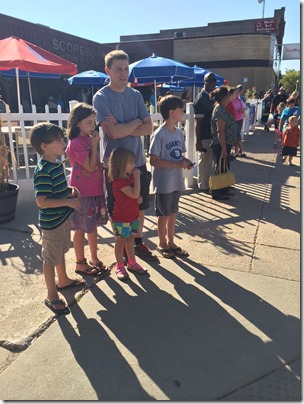 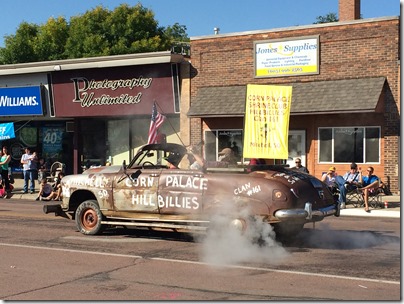 We did eventually get to the grocery store.  What a great place this was!  I started chatting with the woman managing the gluten free section of the store.  She was telling about various websites to get coupons for gluten free food.  After giving her my email address, I later received 7 emails from her with loads of info on g-free eating.  She also asked if we wanted samples of some items in the store.  Um, free stuff… yes , please! She whipped out her Sharpie marker, began picking up items off the shelf and then wrote “sample” on  the items as she put a slash through the UPC.  I was so thankful for her generosity. 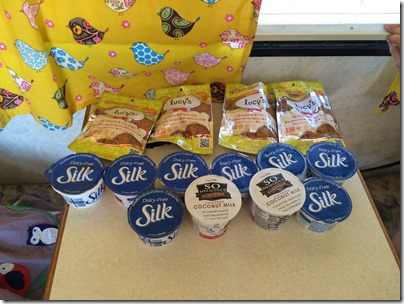