Couple quick facts we learned about Mount Rushmore from the Park Ranger:

2.  Originally Lincoln’s head was started on the left side of Washington’s but the stone was found to be unsuitable for carving.

3.  Funding for the monument was completely cut after the bombing at Pearl Harbor.  Borglum died while trying to raise more money to continue the monument.

The park ranger started telling me about some of the interesting people he meets and the funny questions he gets asked.  His all time favorite question came from a woman who asked “Do the presidents heads get lowered at night to be stored and then raised up in the morning during the winter months?”  The park ranger said he was pretty much speechless, as was I. 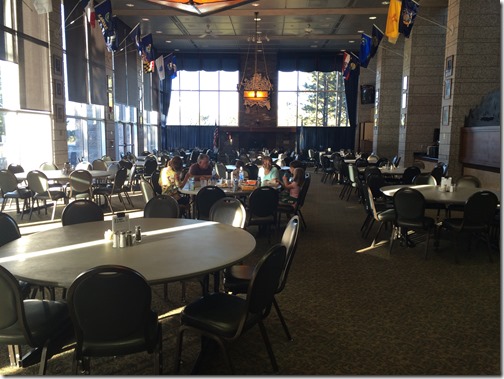 I guess we picked a good day to come… an empty cafeteria. 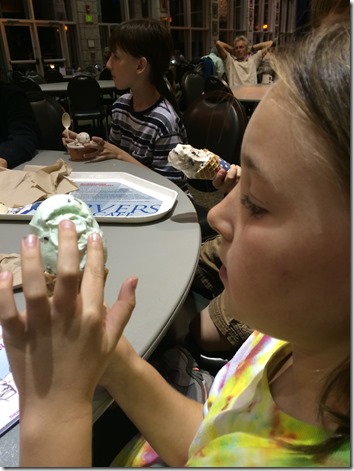 Inspired by Mount Rushmore, she began her own carving… in her ice cream! 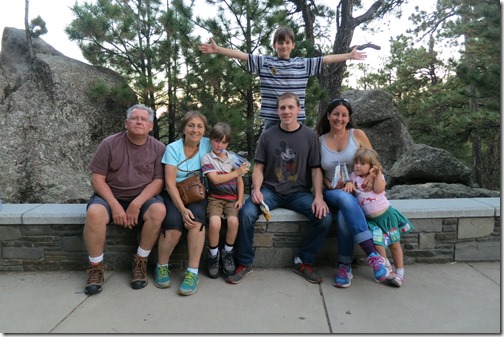 Picture courtesy of Makenzie but I wish she was in this one.

It’s one of those places that you can’t stop looking at. 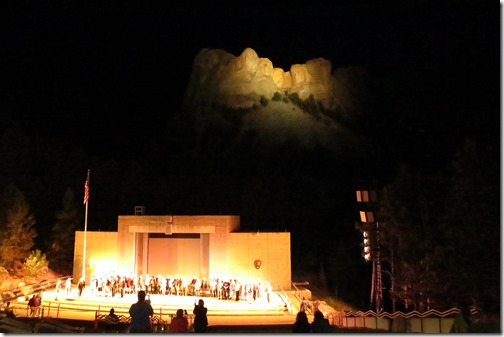 The touching evening ceremony honoring all those who served in the armed forces past and present.