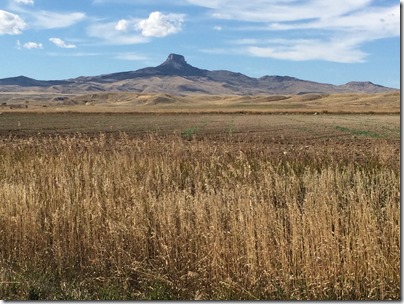 After the attack on Pearl Harbor, when the USA declared war on Japan, 10 concentration camps were built throughout the country to incarcerate Japanese Americans.  These Japanese Americans were forced to leave the West Coast because the United States feared they were dangerous. Heart Mountain is one of the 10 camps that opened to house these Japanese American people. The video shown at the beginning of the Heart Mountain Interpretive Center is an account from the people who lived here at Heart Mountain for 3 years (1942-1945).  This was heart wrenching to watch.  And every time I think about it, I fill up with tears.

Many talked about the businesses they owned in CA.  And about how hard they worked to provide for their families. And about the fact that they were American citizens.  These people, no different from you or me.

But then one day life changed.  They were told to pack one bag and then they were escorted onto a train, destination unknown.  One woman in the video explained that her family didn’t own any winter gear.  It wasn’t necessary in California.   When they arrived in Wyoming they had an extremely difficult time adjusting to the freezing temperatures.

The camp met their basic needs.  And they played games and went to school.  But they always knew they were surrounded by a fence and the watch tower was always in sight.

One underlying theme during the video was that the absolute hardest part for these families was when they were released from the camp.  They were each given $25 and a train ticket to anywhere in the US.  Some returned to their communities with the hopes of finding some normalcy. But their businesses were now taken over and they had little to work with.

Others chose train tickets to places entirely new.  A place to start fresh.  But again each family had little money to work with

This place was very touching and moving.  I highly recommend the stop if you ever in the Cody, WY area.

When the woman was showing us a replica of the average size room a family was housed in, she asked the kids, “Imagine if your whole family had to fit, with all your belongings in such a small space to live.”  The kids just stared at her.  I then had to explain that we are living in a 28 foot motorhome.  She said, “Ok, well I guess you can imagine”  I said, “The difference is that we are doing this by choice” … Are we really doing this by choice?…. I’m half crazy! 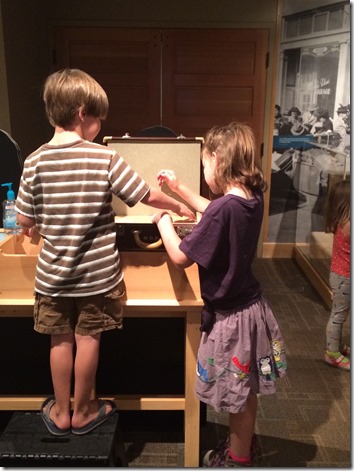 This station was filled with blocks each labeled with items that the children might have packed when they left their homes for Heart Mountain.  My kids were challenged to decide what items were important to them and see how many they could fit in the suitcase.  The blocks were labeled with things like favorite doll, special toy train, pillow, pictures, books, etc. 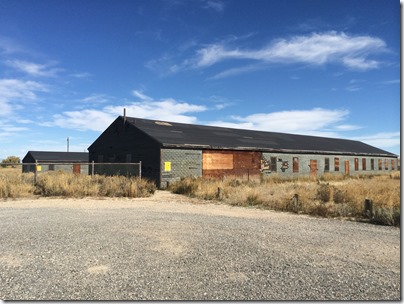 These are the only 2 original buildings that still remain at Heart Mountain.