We knew nothing about the Buffalo Roundup, we just so happen to land in Custer the Monday prior to the roundup which was on Friday.  There was a lot of talk in town about the Buffalo Roundup.    It turns out that this is such a big deal that over 14,000 people come into Custer to attend this.  Some come just to see the roundup, others come for the buffalo auction, some come to attend the art festival, and many come for all the weekend activities.

So I kept asking everyone, “What is this Buffalo Roundup and is it worth the early wake up? We were told the gates to the park open at 6:15 and we should get there by then and still be ready to sit in a bit of traffic.  We ignored this useful piece of information and thought that leaving by 7:30am would be just fine.   And we sat in more than a bit of traffic.  At one point Jeff and Koah got out to walk and if they had continued to walk I think they would have gotten to the parking lot well before we did.

We still managed to make it in time to see the roundup.  We waited and then watched as 1600 buffalo, that typically roam freely in the park, came running over the hill in the distance being driven by cowboys.  The cowboys then drive the buffalo into the carrels in the park.   Seeing 1600 buffalo charging at full speed ahead over a hill is quite a sight.   This event was not easy to photograph but here is a small glimpse of what we experienced.

Here they come (in the distance): 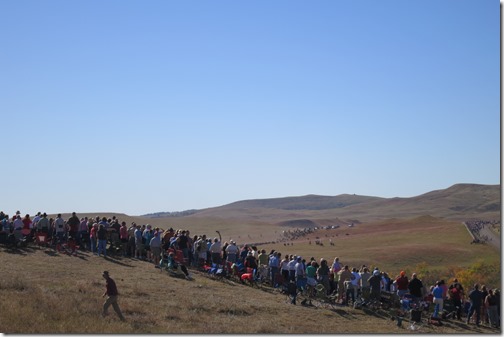 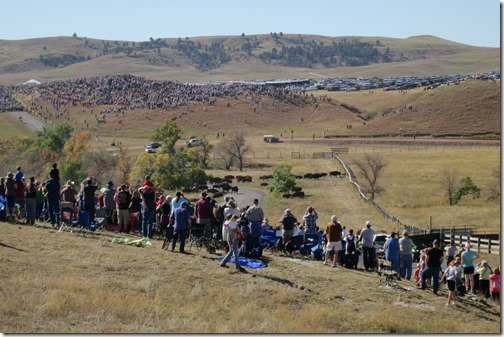 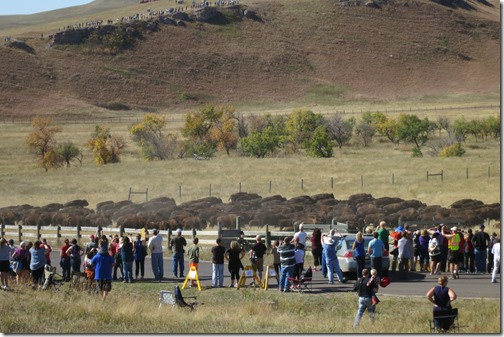 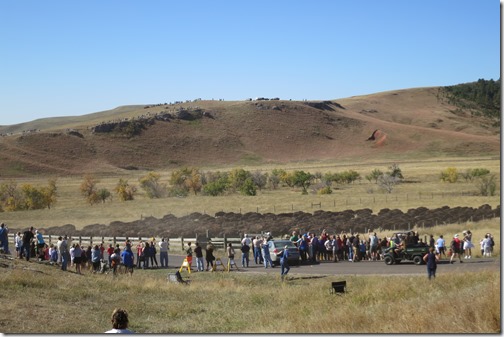 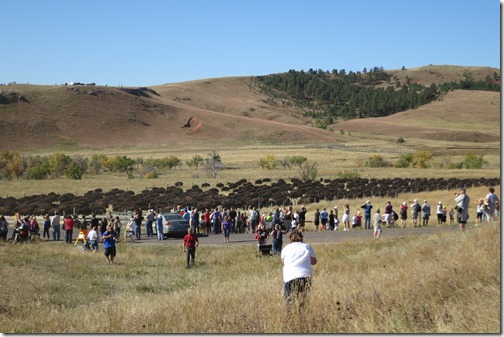 After the buffalo are rounded up some of them are auctioned off.  They are not sold to be slaughtered, many people come to buy buffalo to add diversity to their herds back at their farms, some as far as Russia.

I love this picture.  Koah refused to look at the camera and I laugh every time I look at it. 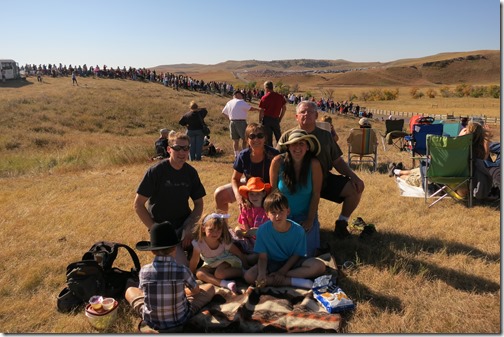